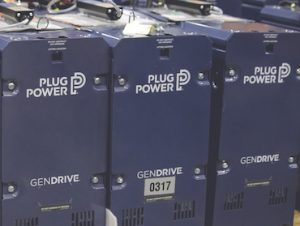 Another new facility is planned for alternative energy provider Plug Power Inc. The business will be creating 68 new jobs in Genesee County, where the $290 million new hydrogen fuel production site will be located.

This site, which will include a 450-megwatt electric substation, will be created at the Western New York Science, Technology and Advanced Manufacturing Park (STAMP). The power generated here will also support Plug Power’s Giga factory in Henrietta and future companies to locate at the park.

Plans include the production of 45 tons of green hydrogen every day, which will make this the largest facility in North America. This plant will be joining the company’s existing plant in Tennessee, in an effort to supply 500 tons per day of green hydrogen by 2025, with a goal of 1,000 tons per day globally by 2028. When complete, the facility will supply transportation fuel customers pricing that will be competitive to diesel.

In order to recruit the company here, the New York Power Authority and Empire State Development have offered incentives in exchange for job creation commitments. Genesee County will provide local tax incentives, pending approvals by the Genesee County Economic Development Center. These investments will help economic recovery from COVID, in addition to helping the state move closer to a carbon neutral economy.

Facility construction is planned to begin this summer. More information is available at Plug Power.

Council Rock gets $7M in Series A funding